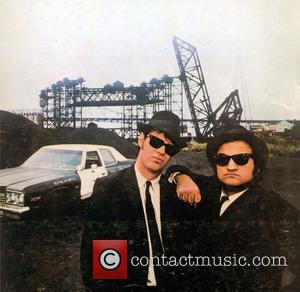 Funnyman Dan Aykroyd has become Canada's new tequila king after being among the consortium of businessmen introducing top brand Patrone to the country.

The BLUES BROTHERS star has been a long-time fan of Patrone and could never understand why he couldn't get it in his native Canada.

He says, "Canadians couldn't get it and why shouldn't Canadians get what Americans have? We brought it into Canada and we launched it last week."

The movie star hopes to improve tequila's image as he launches the new brand in Canada's bars - because he thinks it's great medicine for digestive trouble.

Aykroyd adds, "We're trying to dispel the image of tequila as that fluid that laid you out on a beach in Acapulco, face down in the sand with the projectile vomit all over you.

"This is a luxury tequila, it's a sipping tequila. People know Patrone, it's a very thick beverage, it's very, very nice, beautiful... In fact it's very good for the digestive system.

"I ate a cheeseburger the other day and it was really bothering me and I took just one shot of Patrone and it dissolved it. So, tequila is medicine."