Jay-z/dash Fall Out 'Began With Aaliyah' 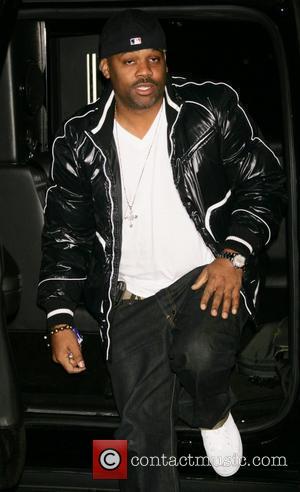 Former best pals and business partners JAY-Z and Damon Dash fell out over their love for late R&B beauty Aaliyah, American producer/director CHOKE NO JOKE has suggested. Roc-A-Fella Records co-founders Jay-Z, Dash and Kareem 'Biggs' Burke parted ways in 2004 after a number of disagreements.
Jay-Z took control of the established rap label and later went on to become president of Def Jam, while Dash and Burke formed their own imprint, DDMG (Damon Dash Music Group).
However, filmmaker Choke No Joke insists the bitter relationship between Jay-Z and Dash extended beyond business and spilled over into their personal lives.
He alludes to the pair both enjoying close relationships with singer, actress and model Aaliyah, and that Jay-Z became unhappy when Dash started publicly dating her in late 2000, up until her untimely death in 2001.
He tells Hip Hop Weekly, "Both Jay and Dame was involved with a certain R&B singer, who I'm not gonna say her name out of respect 'cause she ain't around to defend herself, but I believe that was a part of the initial friction.
"I was seeing Jay with her back around 2000, then Dame was with her after. All you have to do is look at the movie they did, Death of a Dynasty. In the movie they were fighting over a model. In real life she was a model, but singing is what she was known for first."
Rumours of a romance between Jay-Z and Aaliyah were never confirmed; the hip-hop superstar is now married to R&B beauty Beyonce Knowles.

Damon Dash Loses Bid For More Access To His Kids

Families Of Rev. Run And Master P To Be Featured In New Reality Tv Series