Damon Albarn admits his Africa Express shows are like a ''24 hour party'' due to the train he uses to tour on. 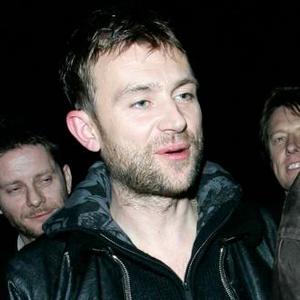 Damon Albarn is having a ''24 hour party'' touring the UK for his Africa Express shows.

The Blur singer - who is travelling with musicians including Carl Barat, Jarvis Cocker, Gruff Rhys and Eliza Doolittle on the tour - is enjoying his time with the other artists and enough alcohol to fill a few carriages on a train.

He said: ''It's a 24 hour party. It's not necessarily a massive drunken party, but it's one celebrating music and how it makes us feel.

''There's a bar on the train, it's booze left over from the Olympics that takes up a few carriages.''

Damon began the Africa Express tour in 2006 in a bid to show the continent in a different light, and he claims it is more ''futuristic and forward-thinking'' than many people would think.

He added to the Daily Star newspaper: ''It reminds people that Africa isn't the cliche of this struggling place ravaged by war and famine.

''Those are very big problems there, but it's also a very exciting continent, futuristic and forward-thinking in many respects.''