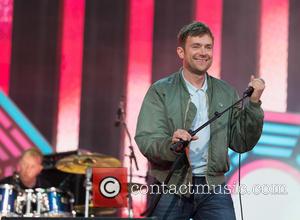 The Blur frontman has written a new stage version of Lewis Carroll's classic Alice's Adventures in Wonderland, and he originally planned for the show to be set in the heavily militarised Asian country.

Albarn even travelled to North Korea and spent 10 days there carrying out research before changing his plan for the show.

He tells the BBC, "I packed my bag, my annotated version of Alice and a couple of spy cameras and I'd gone to North Korea. And it was a fascinating, extraordinary place. And magic and wonderful in the sense that everyone was under a spell, which is akin to what's seemingly the world of Alice. But it didn't go that way. I came out of that rabbit hole and the Internet seemed a more tangible one to explore."

Wonder.land launches at the Manchester International Festival in England on Thursday (02Jul15).