The Blur frontman addressed Glastonbury revellers as the UK voted to leave the European Union.

Blur frontman Damon Albarn has said, “democracy has failed us”, after the results of the historic referendum came in, showing Britain had voted to leave the European Union. Albarn joins a host of celebrities who have expressed their dismay over this morning’s results, including Harry Potter author JK Rowling. 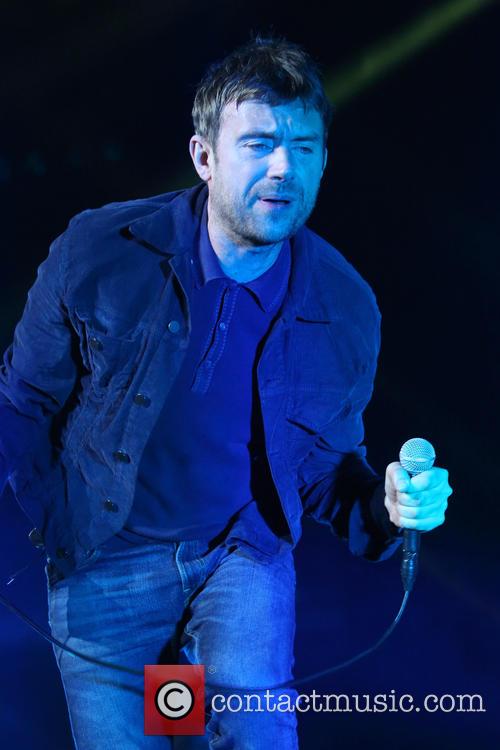 Damon Albarn has told Glastonbury, “democracy has failed us”.

Speaking from the Pyramid Stage, Albarn said: "I have a very heavy heart today, because, to my mind, democracy has failed us. Democracy has failed us because it was ill-informed. And I just want all of you to know that when you leave here, we can change that decision. It is possible.”

“So here we are, Friday. Reasons to be cheerful: It's not raining,” he added. Albarn was on stage to perform with the Orchestra of Syrian Musicians, who he first collaborated with on the Gorillaz White Flag album in 2008.

After Syria was torn apart by a civil war, Albarn and his Africa Express music collective sought to reunite the orchestra, many of whose members are now refugees, for a series on concerts. "It's been a miraculous journey but we have somehow managed to gather some extraordinary musicians from the pan-Arabic world,” Albarn told Glastonbury.

"Mainly they've come out of Damascus, they've travelled all the way here, from a very different reality. One that is very hard for us to really understand," he added.

"But we've been hanging out for a week, and do you know, the sense of goodwill and positivity that comes out of these people despite what they've been through is truly inspiring.”