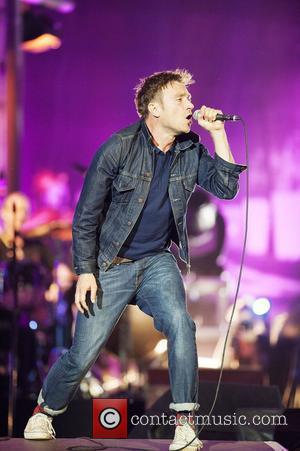 Damon Albarn is among those who've lent their name to a new initiative aimed at finding more opera fans, as the once prestigious form of entertainment finds itself in danger of being eclipsed thanks to a younger generation who view it as something for an older generation. The initiative is being set up by the English National Opera and, as someone whose opera Dr Dee attracted 60% of first time opera ticket buyers during the ENO's 2011/2012 season, Albarn was there at the launch - although he stopped short of calling his work an opera.

"I don't really know what to call it," Albarn told reporters at the ENO's Coliseum theatre in central London. "I struggle with the word opera because it's quite clear that I'm sort of swimming in deep water when I ever mention that word, so I try and avoid it." Another joining Albarn in the drive was American-born film director Terry Gilliam, director of Berlioz's The Damnation of Faust.

He's planning on working with the ENO again, and said in a filmed interview at the event "I suppose I'm trying to bring in people like myself who didn't go to opera when they were younger, because I thought it was just for a bunch of old farts and a lot of bourgeoisie and people in dinner jackets. It was an art for the rich and the successful and the almost dead."