It will be the first performance the orchestra has given since the current conflict broke out in Syria in 2011.

Blur singer Damon Albarn will perform live with the Syrian National Orchestra for Arabic Music at a special concert at London’s Southbank Centre later this year.

The multi-talented songwriter, plus a number of other special guests yet to be revealed, will take to the stage with the orchestra on June 25th this year. Conductor Issam Rafea will be leading the orchestra, with the concert itself being presented by Albarn’s own Africa Express project. It’s also a part of the 14-18 Now programme, a UK arts initiative marking the centenary of World War I.

Members of the Syrian orchestra have fled to various parts of the world as a result of the on-going conflict in the war-torn Middle Eastern country. It will be the first performance the orchestra has given since fighting in Syria began. 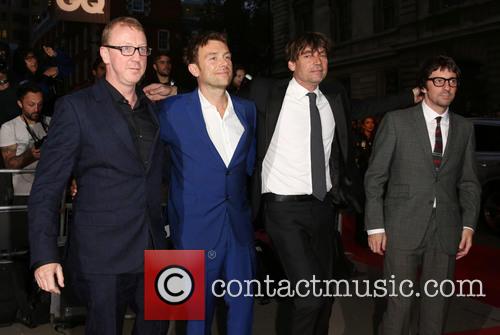 Damon Albarn with his bandmates from Blur

Albarn is known for his wide range of musical interests and influences, being involved with Africa Express with a number of years, on top of his occasional side-projects Gorillaz, The Good The Bad & The Queen and Rocket Juice & The Moon as well as his musical scoring projects, seeing him explore a huge variety of non-Western music outside of his long career with Blur.

“It's a truly miraculous sound that they create,” Albarn told BBC Radio 4’s Today programme on Wednesday (January 20th). He first performed with the orchestra eight years ago, at the Damascus Opera House in 2008. He also brought them in to play on Gorillaz’ 2010 album Plastic Beach.

He said that he found Syria to be an “extraordinary and beautiful country” when he first travelled there to work with Rafea. “And then Syria changed, almost overnight. Ever since then, I've watched from a distance and felt utterly helpless, wondering about all of the lovely people I've got to know.”

Albarn said about the orchestra’s sound: “There's a whole choir, there's strings, there's soloists, there's amazing percussion - it's a really, really dynamic and joyous sound, and it's stayed with me all these years. I'm really excited to be able to somehow share that with people.”