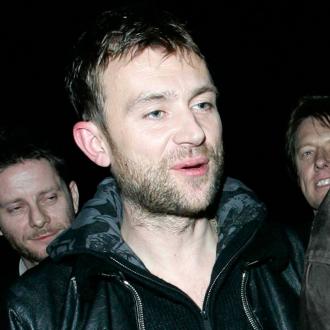 The Blur singer - who also fronts Gorillaz and The Good, The Bad and the Queen - recently completed his first ever album of solo material, recorded with producer and the boss of XL Records, Richard Russell.

He told Rolling Stone magazine: ''I've just finished a solo record. I've been making it with Richard Russell. He's done spectacularly well as a music mogul, but I think he wants to focus his energy on producing records.

''Making a solo record is can be such a disaster, so I thought if we're going to make a record with my name on it, I should get someone to really produce it - take that responsibility away from myself. Richard does the kind of rhythmic side of it and I do everything else.''

Damon and Richard also worked together producing Bobby Womack's 2012 album 'The Bravest Man in the Universe'.

Damon appears to have enjoyed a particularly busy recording schedule of late, as Blur were planning to head into the studio to work on their first album since 2003s 'Think Tank' earlier this month.

Speaking during a concert at Hong Kong's AsiaWorld-Expo on May 5, Damon said: ''We were supposed to play in Taiwan and Japan next week, but due to unforeseen circumstances we weren't able to go there. So we have a week in Hong Kong, so we thought it would be a good time to try and record another record.''