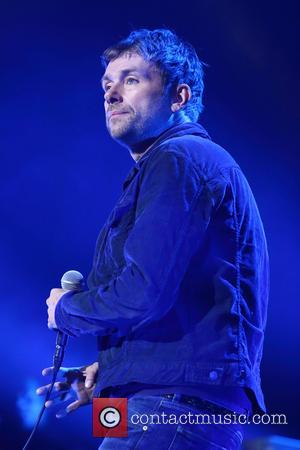 The star formed the group in 1988 with Graham Coxon, Alex James and Dave Rowntree, and they enjoyed a string of hits in the 1990s, including Song 2 and Country House. The bandmates went on hiatus after their 2003 album Think Tank and regrouped six years on for concerts, and, in April (15), they released their eighth record, The Magic Whip.

Later this month (Oct15), the band is set to perform at New York's fabled Madison Square Garden, but Damon admits he always hates the thought of returning to the stage with the group.

"I still try to avoid it like the plague, to be honest with you," he tells Rolling Stone magazine, "but something weird happens once I've stepped onstage: I just have the best time. And then as soon as we get off, I say, 'Never again.' It's very strange.

"There has to be some sort of psychological paper that explains that emotion of trying to not do something; and then doing it, and then loving it; and then as soon as you've done it, trying not to do it again..."

Damon puts his negative outlook down to the fact he easily forgets about all the work he put into the group many years ago, and admits he feels an "emotional undercurrent" when onstage with his bandmates, describing the atmosphere as "silly and noisy - a fantastic recipe".

The turnout in New York is bound to be big thanks to Blur's large U.S. fan base, and the singer admits he's very excited about the prospect of playing a dream gig.

"I've always felt that we deserve at least one reasonably sized gig in New York," he adds. "It's something we dreamed about back in the early days - you'd hear of someone playing there (at Madison Square Garden) and think, 'Christ, that'd be something!' But we never did it."