The 46 year-old musician admitted that taking heroin wasn't "a mistake," as "it was part of me growing up." 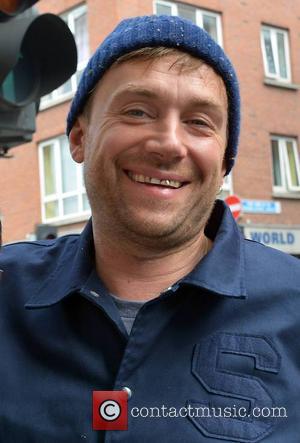 Picture: Damon Albarn and Blur - Members of Blur spotted leaving their hotel ahead of their IMMA concert at Royal Hospital Kilmainham tonight. Their support act...

Damon Albarn seems to show no regrets of being a past heroin user.

The 46 year-old musician recently described taking the class A drug as "very agreeable and very creative".

Albarn, who was a massive influence during the mid-90s Britpop era, made these shocking comments in an interview with Time Out magazine to plug a new solo album.

"I don't totally see it as a mistake. That's the point. It was part of me growing up," he told the magazine. "Look, I didn't go out and look for it. I turned up at my house and there it was, made on the take."

"What should I have done?" Albarn continued. "Leave my life and reject it or stay in my own house with my girlfriend and somehow assimilate it into my life?"

The father of a teenage daughter added, "Once I'd tried it, I found it initially very agreeable, and very creative."

20 years after experience his height of fame, Albarn now lives a very domesticated lifestyle and admits it is "very different" to being a musician on the road.

"I'm not taken very seriously, in a good way," he reveals. "I walk around in my pants, which my daughter finds highly embarrassing. I'm just a normal, down-to-earth dad."

"I do this really annoying thing when I'm watching telly where I'll sit there trying to pull out a hair from my beard. She finds that very annoying," the Gorillaz singer continued. "I don't blow my nose when it's running. I eat with my mouth open. I've got as many bad habits as anyone else."

The full Time Out interview can be read in the April 22nd issue.