Soul searching Seattle singer-songwriter Damien Jurado visited Folkestone for the first time on the last date of his current tour. Up until his visit he hadn't realised, and he apologised for his ignorance, that Folkestone wasn't just a ferry terminal. He said he likes "playing places he's never been" and commented that he had been given "good sparkling water" but other than that he was not in a very loquacious frame of mind. His demeanour and his manner mirrored the mood of his songs during an evening that saw Damien perform a wide variety of material from his extensive catalogue. 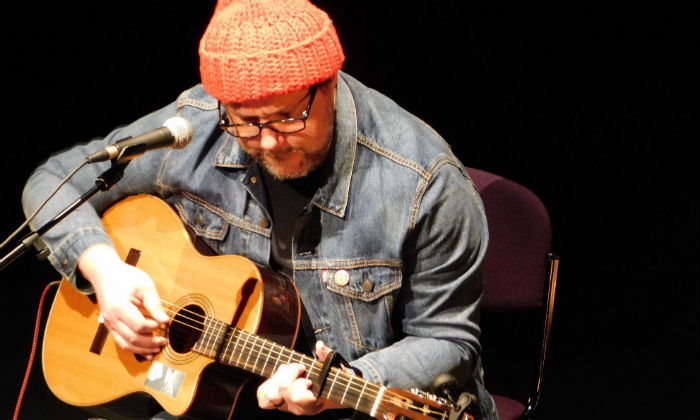 Playing support for Damien was Dana Gavanski. The Canadian with Serbian heritage, currently being championed by Marc Riley on 6Music, brought her gentle folk music to the Quarterhouse in Folkestone and was equally as good as, if not better than, Jurado. She opened her all too brief set with her biggest single to date, 'Catch'. Her distinctive mellow vocal, brilliantly delicate guitar and very tuneful bass combined to make for a captivating performance throughout. After enjoying fish and chips at the Harbour Fish Bar, Dana played a delightful set of songs aided by her bassist partner and, "the third member of the band", 'Little K', her drum machine. She confessed to being "very excited" about the release of her debut album, 'Yesterday Is Gone', out on the 27th March, as she performed songs largely drawn from it.

The album's book ending tracks 'One By One' and 'Memories Of Winter' were quite magical. The latter song was inspired by the American singer Connie Converse, an artist also referenced by previous Quarterhouse performers, The Unthanks. Gavanski strayed from 'Yesterday Is Gone' with a sympathetic cover version of the Tim Hardin song 'Never Too Far' and closed her set with a jaw-dropping and haunting a cappella performance of a folk song, 'Jano Mome', she had learnt in Belgrade.

Gavanski's sparse stage set-up was paired down further still ahead of the arrival of Damien Jurado. In double denim and a chunky knit red woollen hat, Jurado sat alone perched on the edge of his chair with only his acoustic guitar and two A4 folders of songs for company. 'Prisms', from his 2016 album 'Visions Of Us On The Land', was an early highlight. 'A.M.A.M.', 'On The Land Blues' and 'QACHINA', taken from the same album, worked just as well, suiting the less elaborate arrangement than that found on the album version.

Jurado was in fine voice and his guitar playing, aside from one false start where he couldn't "figure out how the hell to play" the song he had chosen, was faultless. Last year's album 'In The Shape Of A Storm' provided the Leonard Cohen like 'South', with Jurado's smooth and soulful delivery capturing the essence of the song perfectly. 'Allocate' and 'Over Rainbows And Rainier' from 'The Horizon Just Laughed' were similarly affecting and equally emotive.

Whilst 'The Loneliest Place' nearly brought a tear to the eye, a stripped-back 'Diamond Sea' and minimalist 'Oh Death Art With Me' could have tipped you over the edge as Jurado's emotionally charged ballads hit home one after another. Jurado kept it pretty serious and centred throughout the evening. He thanked the crowd for being so quiet as he explained his preferences for shorter tours; last time "five weeks, nearly killed me". He then announced his new album, 'What's New, Tomboy?', would be released on 1st May before he performed the lead single 'Birds Tricked Into The Trees'. The melodic and mildly melancholic song stood up well against his more familiar material before he said "there's nothing more to say, other than thanks" as he closed out his set.

Both Damien Jurado and Dana Gavanski were excellent in different ways. The Quarterhouse, and Melting Vinyl, played host to two inspired performances in Folkestone on the first evening of March. 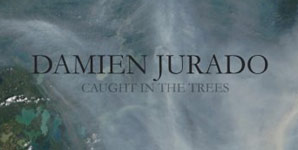 Damien Jurado - Caught In The Trees 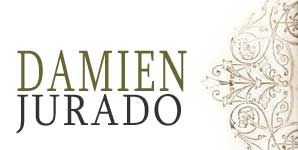 Damien Jurado - And Now That I'm In your Shadow