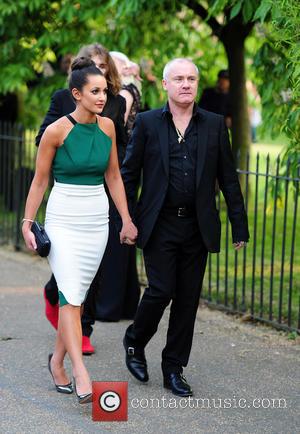 Top snooker player Ronnie O'sullivan has revealed how he enlisted the help of artist Damien Hirst and former Pulp star Antony Genn to get Ronnie Wood into rehab.

The world snooker champion and the Rolling Stone had struck up a friendship over their joint love of the sport and drinking, and regularly went on all-night binges together.

O'Sullivan eventually checked into a rehab clinic to battle his addiction and tried several times to get Wood to follow suit - but he eventually forced the rocker to seek help after his drinking reached its height in 2008, the same time his marriage to wife Jo fell apart after he embarked on an affair with Kazakhstani waitress Ekaterina Ivanova.

In an excerpt from O'Sullivan's new book, Running, which has been published in The Sun newspaper, he writes, "After I had treatment (for drink and drug addiction), every so often one of Ronnie's family would ring me and say: 'Can you help get Ronnie straight?'

"I'd taken him to The Priory rehab centre a couple of times after being summoned to the house. By 2008, though, Ronnie seemed to be in a worse state than ever. He'd gone off with a Russian girl (sic) I was indirectly responsible for introducing him to."

After Wood's panicked son Jamie rang to urge O'Sullivan to help his father get clean, the Brit turned to Hirst and Genn to hatch a plan to take the guitarist to get professional help.

He adds, "Ronnie respected me as a person and player but we'd done too many drugs, too much drink, too many nights out for him to take me seriously as the rehab man. So I thought of my friend Damien Hirst. I said: 'Ronnie Wood is in a bad way. His family are worried sick, and he needs to get away, can you help?' Damien said: 'Leave it to me.' And he and our mutual friend Antony Genn, who was in Pulp, hired a private jet (to take Wood to rehab in England).

"Ronnie went there and got well... and Ronnie has stayed clean, which is brilliant."