A pair of Damien Hirst paintings have been stolen from a London gallery.

The Exhibitionist Gallery in Notting Hill, London, found itself the subject of an art heist on Monday, as two Damien Hirst paintings were stolen in the early hours of the morning. According to Scotland Yard, via Sky News, the artworks are worth around £33,000 in total. The thief (or thieves) were anything but inconspicuous. Police on the scene reports that a suspect forced open the front door to the gallery, moved out the paintings and drove away in in a dark-coloured hatchback-type vehicle towards Ladbroke Grove. 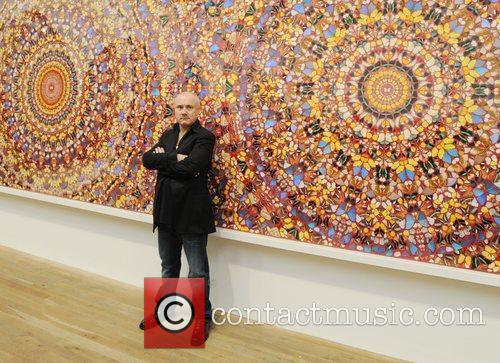 The stolen paintings were valued at over £30,000 together.

The larger of the two stolen paintings is titled Pyronin Y. It was created in 2005 and its value is estimated at £15,000. The other piece is Oleoylsarcosine and was created in 2008. It is worth £18,000. Both feature Hirst’s signature instantly recognisable multicolored dots and both have been signed by the artist. The police are working on the assumption that the pieces were clearly visible in the back of the car and were therefore likely to be seen by passersby. Anyone with information on the high-profile case is being urged to come forward.

"It appears the suspect has specifically targeted the two pieces," said Detective Sergeant Jon Lightfoot, from Kensington and Chelsea Borough. "The items would have been visible in the back of the car and we are appealing for any witnesses or anyone with information to please come forward."

Witnesses can contact the Serious Acquisitive Crime Unit at Notting Hill Police Station on 020 8246 0230 or, if they choose to protect their anonymity, Crimestoppers on 0800 555 111. 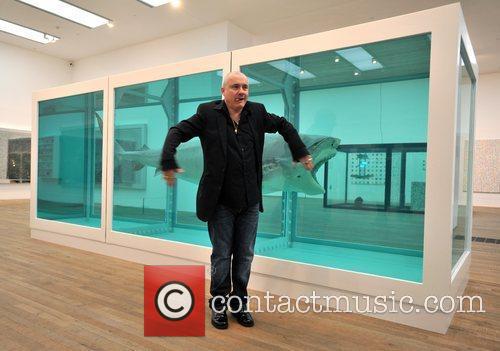 Hirst is a 1995 Turner prize winner, whose most recent work includes Verity, a 66ft bronze-plated statue of a pregnant, naked woman wielding a sword, unveiled on Ilfracombe harbour in north Devon last October. In 2012, his retrospective at the Tate Modern, which included iconic sculptures from his Natural History series, including The Physical Impossibility of Death in the Mind of Someone Living 1991, in which he suspended a shark in formaldehyde, became the most popular show in the gallery’s history, attracting more than 463,000 visitors. 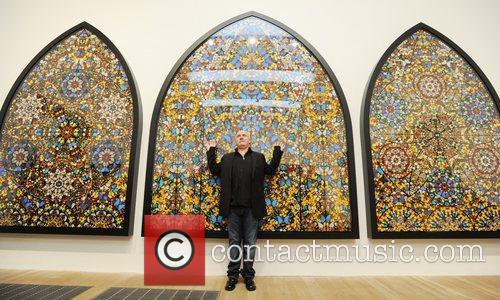 Hirst's Tate exhibition was the most visited in the gallery's history.