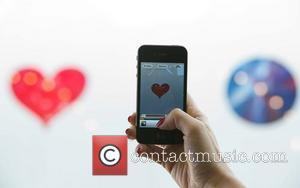 Renowned British artist Damien Hirst has unveiled two special charity pieces to mark the 10th anniversary of The Clash frontman Joe Strummer's death.
Hirst has painted a Fender Telecaster electric guitar in his celebrated spot form, while an Eastwood acoustic guitar has been decorated in spin art.
The two items will serve as the coveted prizes in an online public raffle benefiting Strummerville: The Joe Strummer New Music Foundation, a charity set up by the British singer's family and friends following his death from a congenital heart defect in 2002. Raffle tickets are priced at $32 (£20) each.
The raffle isn't the only event being organised by the Strummerville organisation - the inaugural Strummer of Love festival, featuring bands influenced by The Clash, is set to take place in England in August (12), the month he would have turned 60. The Pogues, Billy Bragg and Badly Drawn Boy are among the artists on the bill.