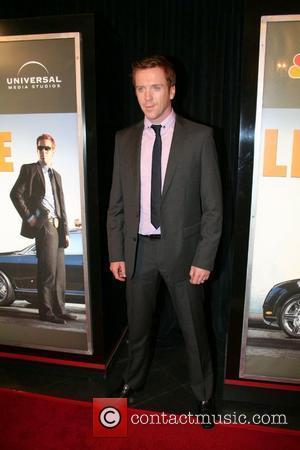 Naughty British actor Damian Lewis has been caught - literally - with his pants down.

The BAND OF BROTHERS star got a little carried away while partying at LA's Chateau Marmont hotel with co-stars from his current film DREAMCATCHER - and skinny dipped in the hotel pool.

He was joined by his girlfriend, Colin Hanks, Jason Lee and a group of thrilled American girls.

A source tells British tabloid THE DAILY MIRROR, "They were all partying in Damian's room when about 10 of them headed for the pool. They were swigging champagne from the bottle in the water and were mucking about.

"Damian's girlfriend was really shy and stood watching them all. He coaxed her in but she refused to strip off and kept her underwear on in the pool."

But their high-jinks were cut short when hotel staff told them off for being noisy and ordered them out of the pool.