Damian Lewis first left America because he found Hollywood to be ''bloated and corrupting''. 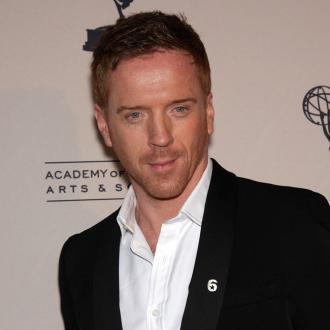 The 43-year-old actor decided to relocate back to his native Britain over a decade ago because he was growing disillusioned with the film industry and the shallow blockbusters predominant in Los Angeles.

He explained during a London TimesTalks event organised by the International New York Times last week: ''I just didn't feel I wanted to live in LA. There was still theatre that I wanted to do, there were a couple of big movies floating around.

''I ended up choosing a movie about aliens exploding out of people's bottoms - which might be a decision I take back - an adaptation of a Stephen King novel called 'Dreamcatcher'.

''I actually ran away from LA slightly put off by that experience, not the film itself, but there seemed to be something bloated and something slightly corrupting about [Hollywood]. I couldn't quite put my finger on it at the time.''

Despite having a series of high-profile roles under his belt, the 'Homeland' star insists he never set out to become a household name and was truly passionate about shaking up London's theatre scene.

He joked: ''In '93 when I came out [of drama school], acting was still very much a classical education, a training based on classics, theatre history and understanding of what our heritage was.

''I remember heading off to Amsterdam for New Year, standing on the prow of some ferry talking passionately about how we were going to be the next generation of theatre actor, shake the West End up and take the RSC by storm...

''We weren't all like that, Ewan McGregor was the year ahead of me, he just walked around the school saying, 'I wanna do movies.' I've no idea how that's gone for him!''

Damian was speaking in conversation with International New York Times theatre critic Matt Wolf at the first ever TimesTalks London with Jeremy Piven and Damian Lewis.