'Homeland' star Damian Lewis has apologised to Sir Ian McKellen for insinuating he once feared he would end up like 'The Hobbit' star and would only be offered roles as a wizard later in life. 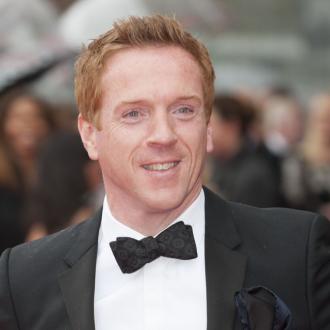 Damian Lewis has apologised to Sir Ian McKellen for insinuating he once feared he would end up like 'The Hobbit' star.

The 'Homeland' star admitted he was ''hugely embarrassed'' after the 'Lord of the Rings' actor, 74, identified himself as the person Damian was referring to when he recently told The Guardian newspaper that he feared he would become a ''slightly over-the top, fruity actor'' and would only be offered film roles as a wizard after he turned 50 if he didn't break out of the theatre.

The 42-year-old star released a statement on Wednesday night (11.12.13), saying: ''I am hugely embarrassed that comments of mine have been linked in a negative way to Sir Ian McKellen. I have always been, and continue to be, an enormous fan and admirer of Sir Ian's.

''He's one of the greats and one of the reasons I became an actor. My comment in the Guardian was a soundbite I've been giving since 1999 - it was a generic analogy that was never intended to demean or describe anyone else's career. I have contacted Sir Ian McKellen and have given him my sincerest apologies.''

After hearing about Damian's original comments, Ian told the Radio Times: ''So he feels sorry for me, does he? Well I'm very happy, he needn't worry about me.''

He added: ''To be allowed for the first time in your later career to play leading parts in extremely popular movies is not a situation to worry about. No one needs to feel sorry for me or Michael Gambon [who played Professor Dumbledore in the 'Harry Potter' movies] or anyone else who has fallen victim to success.''