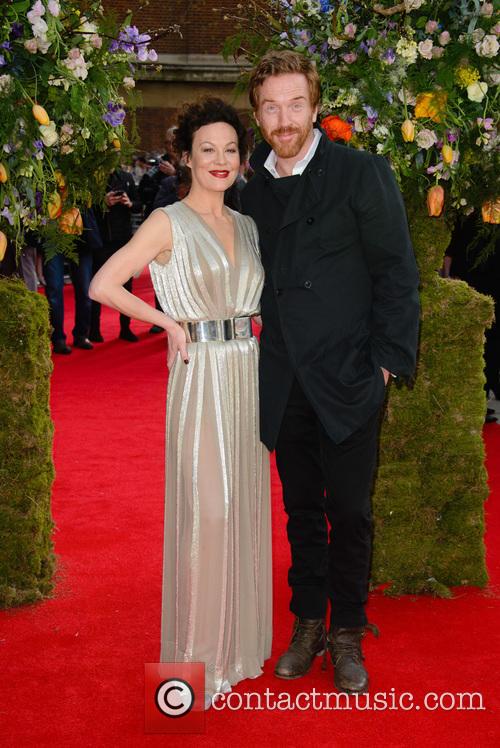 Speaking to the Sunday Times’ Culture magazine ahead of the show’s premiere later this week, he admitted that he’s worried about remembering his lines. “I'm nervous just about the reality of being on stage in front of 800 people and perhaps not knowing what your next line is.”

“It's a pretty basic fear,” he continued. “I've canvassed opinion from actors about what makes them nervous about being on stage, and almost all of them say it's about worrying whether the next line will come.”

Presumably he must be feeling less nervous about it than co-star Goodman, who is making his very first appearance at the West End with this show. He does have previous theatre experience with 'Waiting For Godot' and 'Big River: The Adventures of Huckleberry Finn in America'.

In a statement back in January when his casting was announced, Goodman said “I’m delighted to be returning to the stage… …in such a fantastic project with two brilliant British actors both of whom I’ve admired for some time. David Mamet is a writer I have loved throughout my career and so I’m thrilled to be bringing his work alive on stage.”

Originally unveiled for the very first time in Chicago in 1977 and later adapted into a 1996 movie starring Dustin Hoffman, Mamet’s play has always been highly acclaimed, analysing the changeable nature of honour amongst thieves.

This time around, it is being brought to life with a Daniel Evans production. ‘American Buffalo’ opens at London’s Wyndham Theatre on Thursday April 16th.