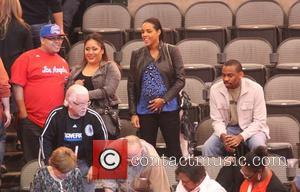 Dallas star Linda Gray was delighted when the show's writers brought back a galaxy of former stars for Larry Hagman's onscreen wake as she was reunited with friends she had not seen for 20 years.

The cast of the revamped sex-and-scandal drama was plunged into mourning in November (12) when Hagman, who played the programme's lynchpin J.R. Ewing, passed away following a battle with cancer.

Gray - Ewing's first wife Sue Ellen in the show - was delighted to reunite with her former onscreen rivals as she has not seen the actresses since they were written out of the original Dallas run in the 1980s.

She tells UltimateDallas.com, "To me it was a joy to have former actors that had played pivotal roles in the original come back. It was great fun to have Deborah Shelton there - I had not seen her in 20 years or something. It was so much fun... Yeah Cathy and Deborah. It was so much fun.

"We giggled and laughed and exchanged phone numbers. I hope to see them when we get back. I did have a scene with Cathy and Deborah which was great fun."