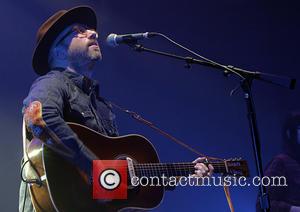 Bosses of U.S. Tv drama Dallas are paying tribute to the late Larry Hagman with a new brand of liquor named after his iconic character J.R. Ewing.

The veteran actor passed away in November, 2012 after a battle with cancer, and to honour Hagman and his lasting legacy, show executives have teamed up with three Dallas, Texas-based bottling companies to create J.R. Ewing Bourbon, the character's drink of choice.

The four-year-old, 80 per cent proof liquor is distilled in Kentucky and the glass container features a screen-printed image of the Ewings' iconic home of Southfork Ranch.

J.R. Ewing Bourbon will initially be released in 14 states in the U.S., to coincide with the third-season premiere of Dallas on 24 February (14), before a planned international sale by the end of the year (14).