The Internet Is Divided over Dakota Johnson's Isis Sketch

The internet is divided over SNL's Isis sketch.

Despite her racy Fifty Shades of Grey role, Dakota Johnson isn't really known for being particularly controversial. Saturday Night Live on the other hand, has never shied away from the more controversial topics like, say, ISIS. On Saturday, the show aired a pre-filmed sketch with Johnson, which used the extremist faction as a punch line. 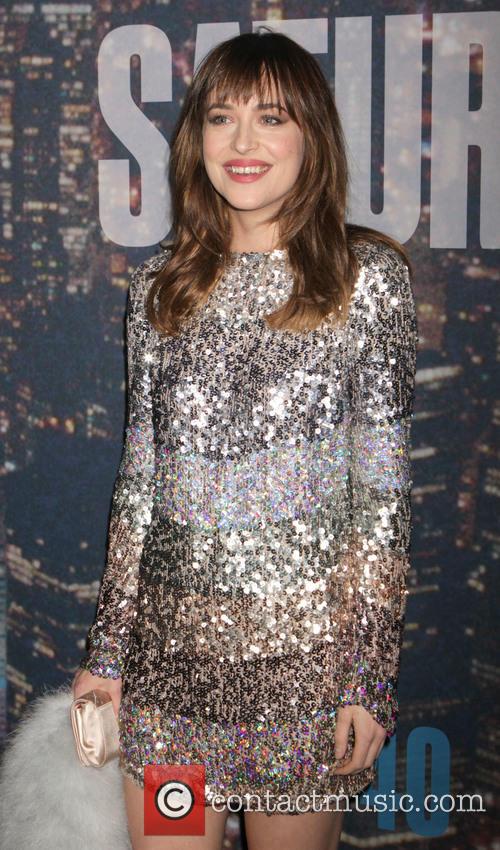 Dakota Johnson stirred yet more controversy on SNL this weekend.

The story was pretty familiar - a proud dad (Taran Killam) drops off his Army-bound daughter (Johnson). They say their goodbyes, it's all appropriately soppy and emotional, etc. Then Killam as the dad looks up at the sound of a car horn and tells Johnson: "Your ride is here."

Her ride turns out to be a white pickup truck, carrying armed jihadists. Yes, that did escalate quickly.

More: Jamie Dornan Denies He Won't Be in Fifty Shades of Grey Sequel

"You be careful, OK?" says Dad. His daughter smiles and assures him, "Dad -- it's just ISIS." As she climbs into the truck, Dad's eyes meet those of a jihadist, played by featured player Kyle Mooney. "Take care of her," Dad says. The jihadist nods and replies respectfully, "Death to America." The pickup takes off, guns ablaze, and a female narrator says, "ISIS. We'll take it from here, Dad."

So, ok. The skit is clearly not meant to side with ISIS or offend any of SNL's viewers. But given the growing number of victims of the extremist group Islamic State, many are questioning how appropriate the skit really was.

It certainly helped boost Johnson's controversy rating though. What did you think of the whole thing?