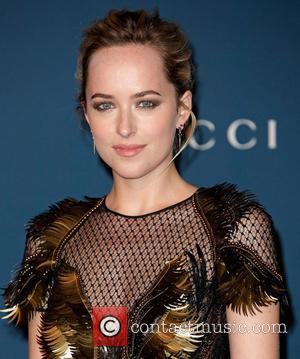 Dakota Johnson is the co-star in the very raunchy and highly anticipated 'Fifty Shade Of Grey' adaptation.

The 23 year-old, who portrays Anastasia Steele, the naive college girl who falls under the charm of billionaire business man Christian Grey, spoke candidly about her role in an interview with Elle magazine.

While featuring in a number of very seductive shots for the mag's cover girl for their March issue, Johnson revealed she does not have a problem with filming the racy sex scenes.

"I don't have any problem doing anything. The secret is I have no shame," she admits.

And when asked about what drew her to E.L. James' explicit trilogy, she says, "Reading the book, I found myself more interested in the ways they were breaking each other down emotionally than the sex scenes. I think there's a part of a woman that wants to be the thing that breaks a man down."

Johnson's magazine spread features her wearing in a pair of seductive high heels, while dressing in high thigh skirts and pants, and a range of saucy bra's, which definitely shows that the 'Ben and Kate' actress is more than capabale of looking the part of Anastasia.

"At Elle, we love to feature women who are taking risks and putting themselves out there," said Robbie Myers, the magazine's Editor-in-Chief. "Dakota was really open and candid in her interview and has a great mix of confidence, humility and humor."

Johnson will star alongside British actor Jamie Dornan, who plays the main protagonist Christian Grey, in the upcoming adaptation which is slated for a release on February 13th 2015.

The issue of Elle hit newsstands on February 18th. 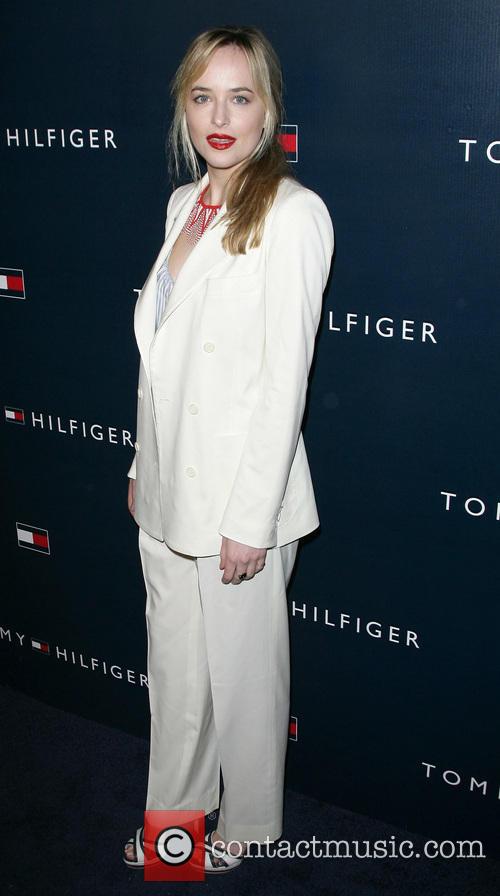 Dakota Johnson admits to having "no shame" when filming