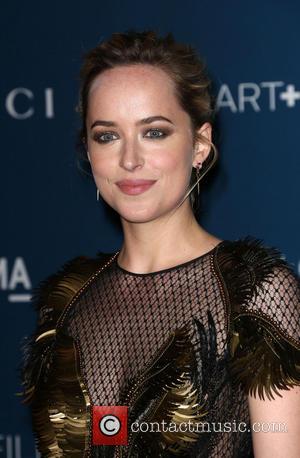 Actress Dakota Johnson struggled through years of misery in high school because she was constantly teased over tabloid reports about her celebrity parents Melanie Griffith and Don Johnson.

The Social Network star, who has been cast as Anastasia Steele in the upcoming Fifty Shades of Grey movie adaptation, was home schooled during her childhood, but she got her first taste of a more normal education in her teens when she was sent to a Catholic boarding school in northern California.

Johnson was initially a big fan of the idea, but her classroom dreams quickly soured.

She tells Elle magazine, "I was just miserable there. It was a great school, but girls in that concentration are so horrific, just horrific."

She begged her father, Miami Vice star Johnson, to let her leave, and she ended up going to New Roads School in Santa Monica, California, where her parents' fame really impacted her experience.

The 24 year old reveals students would bring in magazine clippings of gossip about her mum and dad and their well-documented substance abuse issues just to taunt her.

Johnson says, "I think people, especially the press, like to pick on children of famous people, and I think that's f**king awful.

The stress of her home life prompted Johnson to check into rehab as a teen, but she insists it was only to seek help in dealing with her family issues.

She explains, "My parents had some problems of their own that put me in a position of having to deal with very grown-up stuff at a very young age. I needed some help with that, therapy-wise."