'Fifty Shades of Grey' stars Dakota Johnson and Jamie Dornan are both seeking seven-figure pay rises to appear in the sequel, according to a report. 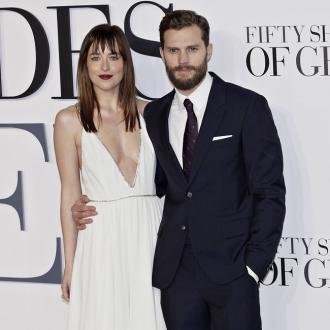 Dakota Johnson and Jamie Dornan are both seeking seven-figure pay rises for the 'Fifty Shades of Grey' sequel.

Reflecting on their contractual situation, an insider explained to The Hollywood Reporter: ''It was a very basic franchise starter deal.

''Look at Twilight and Hunger Games, and that's where it is heading.''

Meanwhile, it was recently suggested Dornan would decline the invitation to appear in the 'Fifty Shades of Grey' sequel, with reports claiming that his actress wife Amelia Warner - with whom has a 15-month-old daughter, Dulcie - is unhappy with him starring in explicit sex scenes.

The 32-year-old actor was also reported to be concerned at the prospect of being forever identified as Christian Grey, the central character in the popular books.

However, it now appears that he and Johnson, 25, are happy to star in the sequel provided they both receive substantial pay increases.