Dakota Johnson has been cast as Anastasia Steele in the '50 Shades of Grey' film, while Charlie Hunnam will play Christian Grey in Sam Taylor-Johnson's adaptation of E.L. James' novel. 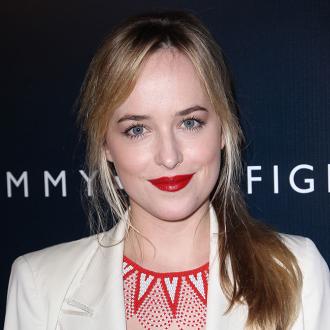 Dakota Johnson and Charlie Hunnam have been cast in the lead roles in the 'Fifty Shades of Grey' film.

Dakota previously appeared in 'The Social Network' - in which she shared a love scene with Justin Timberlake - and had small roles in '21 Jump Street', 'The Five-Year Engagement' and 'Beastly'.

She is the daughter of Don Johnson, best known for TV shows 'Miami Vice' and 'Nash Bridges', and his actress ex-wife Melanie Griffith.

It's thought producers cast Dakota because they wanted a young, up-and-coming actress to play the role of virginal Anastasia, who embarks on an intense voyage of sexual discovery with her S&M-loving boss Christian.

'Fifty Shades of Grey' will be produced by Universal for release in August 2014.