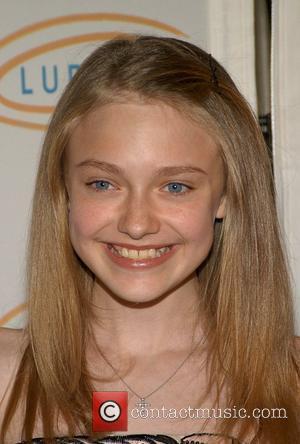 LATEST: Investors have withdrawn cash from controversial movie HOUNDDOG - which sees child actress Dakota Fanning appear in graphic rape scenes. Fanning, who is just 12 years old, plays a sexually abused girl who seeks sanctuary in the music of rock legend Elvis Presley. The child star's mother and agent are hopeful that Fanning's part in the controversial film will win her an Oscar but the team has been lambasted by critics who fear the role will jeopardise her childhood and horrified investors have withdrawn some funding after seeing the upsetting scenes. A spokesperson for the Los Angeles branch of Citizens Against Child Abuse says, "The subject matter in Hounddog is extremely disturbing. We will reserve judgment until we have seen the film but past experience has taught us that whatever artistic merit it may contain there is every likelihood it will attract the wrong kind of interest." A crew member adds, "The movie is dynamite in every sense of the word. I think it will shock people, especially in the deep south where it is set, because of the rape scenes and others in which Dakota is stripped down to her underpants, but in pure theatrical terms it will either become a cult classic or surprise everyone by sweeping the board with awards. "Dakota has been incredibly brave to perform in scenes many adult female stars would have baulked at. I think a lot of people on set were wondering how they'd feel if it was their daughter acting that role."