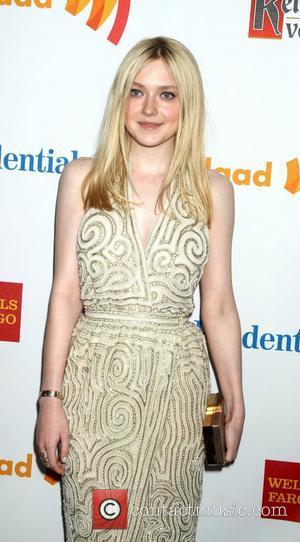 Five sketches by former child star Dakota Fanning are among the items heading to the auction block from the estate of late director Gary Winick.
The filmmaker, best known for big screen romantic comedies and films like Letters To Juliet and 13 Going on 30, died last year (Feb11) at the age of 49 after a long battle with brain cancer.
The executors of his estate are putting a number of his belongings up for sale in New York next week (04Apr12) and the lots include a number of unique items from his film career.
The drawings by a then-11-year-old Fanning, sketched in preparation for her lead role as Fern Arable in Charlotte's Web, are expected to attract bids of around $300 (£187.50) to $400 (£250), while six volumes of original manuscript storyboards for the 2006 family movie are estimated to be worth between $800 (£500) and $1,200 (£750).
Another manuscript storyboard for Kate Hudson and Anne Hathaway's 2009 film Bride Wars is thought to collect between $400 (£250) and $600 (£375), while Winick's Disney memorabilia, including original illustrations of Mickey Mouse, Sleeping Beauty, Pinocchio and Donald Duck, will also be going under the hammer on 4 April (12).
But one of the biggest draws of the Swann Auction Galleries sale is thought to be Winick's collection of Alfred Hitchcock movie posters. The promos, some of which date back to 1940, are valued at up to $4,000 (£2,500).