Dakota Fanning The Wizard of Oz 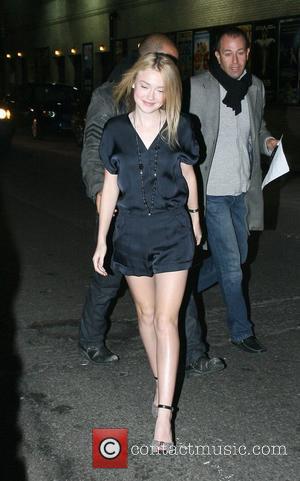 Dakota Fanning is tipped to star in a sequel to The Wizard of Oz, according to reports.
The 15 year old star of Charlotte's Web and War of the Worlds is set to take the lead in a follow-up to the classic 1939 movie that shot Judy Garland to fame.
The film's producer, Basil Iwanyk, says, "It will be set in the present day and feature Dorothy's granddaughter."
The original film - based on L. Frank Baum's 1900 children's book The Wonderful Wizard of Oz - won a number of awards including the Academy Award for Best Original Song.
Co-producer Todd MCFarlane adds, "You've still got Dorothy trapped in an odd place, but she's much closer to the Ripley character from Alien than a helpless singing girl."
The classic original already has one sequel - the 1985 film, Return to Oz, was based on Baum's novels Ozma of Oz and The Marvelous Land of Oz.