Fanning Gets Rocker Status Thumbs Up From Runaways Currie 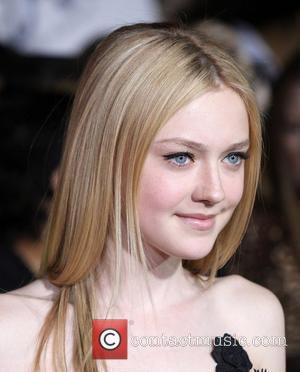 Dakota Fanning has what it takes to make an unlikely rock star, according to THE RUNAWAYS singer she portrays in an upcoming biopic.
Cherie Currie admits she was blown away with the quiet 15 year old's ability to rock out in her first musical role, and she's now encouraging the teenager to record tracks.
Currie says, "She's a great singer and a great onstage performer. When I saw her up onstage in that corset performing Cherry Bomb, I cried."
She admits that she became very close to Fanning during filming and was stunned with the gift the teenager gave her at the wrap party.
The real-life rocker adds, "She gave me this beautiful scarf she had knitted on set... It even has a little label sewn on that says 'Knitted by Dakota Fanning'. Isn't that cute?"
The Runaways, which is based on Currie's memoirs, will debut at the Sundance Film Festival in Utah later this month (Jan10).