Dakota Fanning insists kissing Kristen Stewart for a scene in their new movie 'The Runaways' was not awkward, but felt ''comfortable''. 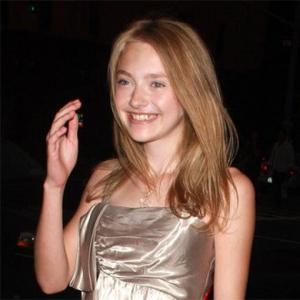 The 16-year-old actress locks lips with the 'Twilight Saga' star in their new movie 'The Runaways' - in which they play rockers Cherie Currie and Joan Jett respectively - and despite it being her first female kiss, the teenager insists there was nothing awkward about the scene.

She said: "Was it awkward? When you feel comfortable around someone and you have no defences up, that's when you're going to be the best. I feel very comfortable with Kristen."

The 'Nine Lives' actress - who shot to fame aged just seven in 'I Am Sam' - also insisted she was comfortable with her strict Christian parents seeing the movie, despite its adult nature, because she had been so desperate to take on a role that reflected the fact she is growing up.

She explained: "I wanted to do a different kind of movie because I am getting older and my parents had no doubts about the project whatsoever.

"I think everyone was comfortable because it's a true story.

"My mom was there on set the whole time. My dad saw it at the Sundance festival and I wasn't really nervous because I've been doing this since I was six, so he's used to seeing me in different situations.

"He says that when he watched it he didn't even think it was me because I look so different and Cherie is not who I am in real life."