Dakota Fanning will never join twitter because she values her privacy so much, and also admits she has never considered herself to be a 'child star'. 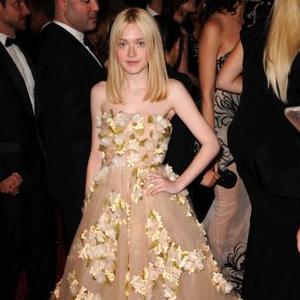 The 18-year-old New York University student - who found fame as Sean Penn's daughter in 2001 movie 'I Am Sam' - insists she values her privacy too much to Expose herself on social networking sites.

She said: ''I really don't need to let people know where I am and what I'm doing. I feel like a lot of people want their privacy but yet they tell people where they are. ''It's just not for me. I don't have a facebook or twitter and I won't ever. There's plenty of impostors out there. There's enough Dakota Fannings on twitter for all of us.''

Despite becoming an actress at such a young age, Dakota doesn't consider herself to have been a ''child star''.

In an interview with Wonderland magazine, she explained: ''I've never really felt like a child star. That name always felt really odd to me.

''I've just felt like I was an actor at six and seven and, you know, a child who happened to act. But when you turn 18 you're seen as able to do more things and more roles.''

And it wad during filming for 'I Am Sam' that she first realised she could make a career out of acting.

She said: ''For someone who's that young to feel completely at home being filmed playing someone else, that really means that that's where you belong.