Dakota Fanning has already experienced so much, she forgets she is just 17 years old. 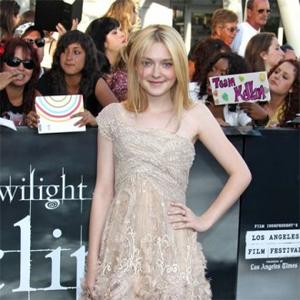 Dakota Fanning forgets she is "only 17".

The teenage actress - who began her career when she was just six years old - has already experienced so much in her life, she is sometimes shocked when she remembers how young she still is.

Despite her phenomenal success, the actress went to a "completely normal high school" and has remained so down-to-earth, her friends forget about her stardom.

She told the new issue of Britain's Elle magazine: "My friends are like, 'Oh wow, I just forget that you do movies.' "

Dakota is currently single but insists she is not interested in casual relationships and thinks it is "nice" to be "courted" by guys.

She said: "I feel like people, a lot of girls, take things with guys very loosely, and I'm not like that. I mean, my parents have known each other since second Grade and they've been married 22 years. I don't need to be courted but sometimes it's nice, a little bit of that."

The 'Twilight Saga: Breaking Dawn: Part 1' star hates to think of herself as "famous" and insists she doesn't do anything outside of her career to attract attention.

She said: "I just want to be an actress. I don't really do anything attention-grabbing.

"Famous just sounds so pretentious. Who am I to call myself that word?"