Dakota Fanning: actors are under pressure

'Night Moves' actress, Dakota Fanning thinks actors are under too much pressure to act like models. 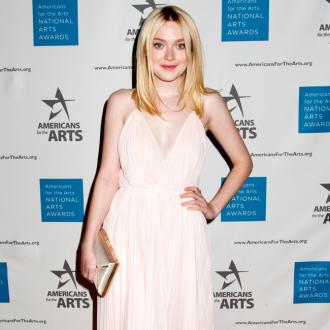 Dakota Fanning thinks actors are under pressure to act like models.

The 20-year-old star has admitted she feels nervous on the set of fashion photo shoots, despite having fronted several Marc Jacob's perfume campaigns in 2007.

Talking to Lucky magazine, she explained: ''I do think that actresses are expected to be models as well. You really are and it's not the same.

''I've felt nervous on photo shoots, like, 'I'm just an actor!' I've definitely had times when I've wanted to say, 'This was made for a child. This will not fit me.'''

Dakota then revealed that to get into the mindset of a model, she often pretends it is for a film role and transforms into a character.

She shared: ''Sometimes you have to pretend to be acting. It's a matter of figuring out the vibe of the shoot and playing dress-up. Then it can be really fun.''

A bemused Dakota also shared her dismay at celebrities who wear couture when they're running errands, as she confessed to being very down-to-earth with her wardrobe.

She said: ''You see people being photographed at airports in runway outfits now! It's like, 'What are you doing? You're going on a nine-hour flight!' But that's okay too I guess.

''If you want to wear a runway look to get your coffee in the morning good for you, I'm sort of inspired. But you shouldn't feel like you have to do that.''