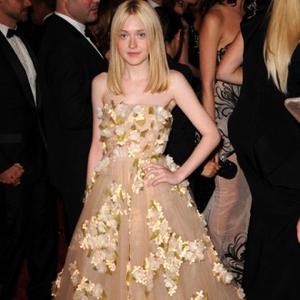 Dakota Fanning is in negotiations to star in 'Very Good Girls'.

The 'Secret Life of Bees' actress could star alongside Anton Yelchin and Elizabeth Olson in the directorial debut of Naomi Foner.

The film tells the tale of two girls who have been best friends for life but decide they want to lose their virginity before they graduate high school.

However, their relationship sours when they both fall for the same boy.

Commenting on The Script, Naomi said: "The film deals with female sexuality and Friendship in a way we haven't seen before. These girls will be stunning young girls in a couple of years, but they've struggled through high school with only each other. Most of us have been there.

"This is the summer where they finally get to touch real life."

'Very Good Girls' is set to shoot in New York City in June.

Dakota will next be seen in 'Now Is Good' and also have 'The Twilight Saga: Breaking Dawn - Part 2' due out later this year.