Could Star Wars' Daisy Ridley Be The Next Lara Croft?

The actress has confirmed she’s had ‘conversations’ about the role and ‘Star Wars’ co-star John Boyega approves.

Fresh off making her big screen debut in Star Wars: The Force Awakens as Rey, Daisy Ridley is eying a role as another heroine. The 23-year-old has confirmed there have been talks about her starring as Lara Croft in a Tomb Raider reboot, and Ridley is super excited about the prospect. 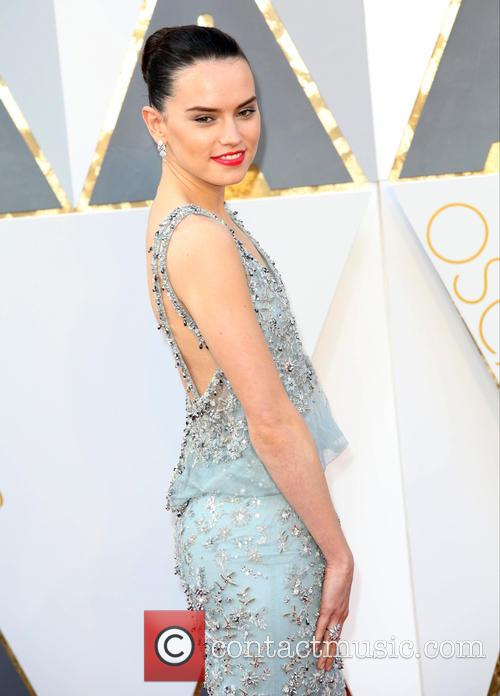 Daisy Ridley in eyeing a role in the Tomb Raider reboot.

Speaking to The Hollywood Reporter at the Empire Awards in London, Ridley said there “have been conversations” about her taking over the role, which was originally played by Angelina Jolie, however she hasn't had a formal offer.

“I’m waiting for someone to say ‘I want you, let’s do it',” Ridley said, adding that there wasn’t a script for the film yet. Ridley is currently filming the next instalment of Star Wars, but joked she would take the Tomb Rider role to help try and ‘fill up’ her calendar.

Ridley also has support from her The Force Awakens co-star John Boyega, who told THR: “I played Tomb Raider the game, it’s a new take and I think the movies are going to be based on that version.”

“But I texted Daisy [and] was like, ‘this is you!’ and ‘you need to get on that because you could be Lara Croft.’ She should be.” At the Empire Awards on Sunday, Ridley picked up the best female newcomer award, while Boyega was named best male newcomer.

Norwegian director Roar Uthaug was announced as the director for the Tomb Raider reboot last November, after the film spent more than five years in development. Croft last appeared on the big screen in 2003 in Lara Croft Tomb Raider: The Cradle of Life, starring Angelina Jolie.

The film was a sequel to 2001’s Tomb Raider, but much like its predecessor it was widely panned by critics. It also failed to repeat the first movie’s box office success, taking only $65 million domestically.