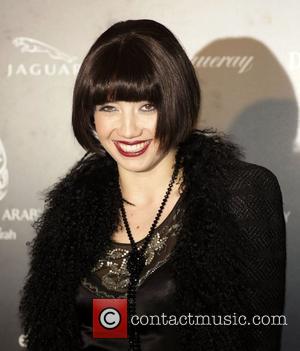 British model Daisy Lowe hates her beau Matt Smith's busy filming schedule for cult TV show Doctor Who - because she misses him when he's away shooting.
The stars went public with their romance at the Coachella music festival in California in April (10) and, despite a short break, they are still going strong as a couple.
Smith has been busy recently filming the second season of the British sci-fi show in Cardiff, Wales - and he admits although the role is "a privilege", it's tough being apart from Lowe, who is based in London.
He tells talk show host Graham Norton, "She says it's not like having a boyfriend because I'm never there."

Daisy Lowe: I am a useless selfie taker