Daisy Lowe is happy to be the face of Biba because she because she feels like a child of the 60s. 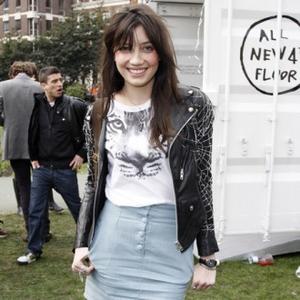 The 21-year-old model - who is the face of the iconic brand Biba's new line at British department store House of Fraser - admits she loves the look of the 60s and feels like she is "stuck" in the decade.

She explained: "I think I was just meant to be born at that time anyway. I kind of feel stuck in the late-60s and early 70s."

Discussing the resurrection of the brand, Daisy admits she has some favourite pieces which will "bring people back".

She said: "I think because there are boutiques, it will really bring people back. There are brilliant pieces - the coats are amazing and there's this beautiful butterfly ring that goes over two fingers."

The new line - which will launch into 35 House of Fraser stores in September -will have a luxe theme with faux fur coats, marabou jackets and limited-edition evening dresses alongside tailored blazers, denim, and jewellery featuring the brand's logo.

Gorgeous Daisy - whose mother is dress designer Pearl Lowe - admitted that as a teenager she hated introducing her friends to her mother - because she "would never be caught dead without stilettos, she was just so hot."

The curvy model also revealed that she was moved to tears by the voluptuous models at the autumn/winter Louis Vuitton show.

She told the Independent newspaper: "I started tearing and it was probably the most embarrassing thing I've ever done. I was thinking, 'Do not tear at a fashion show Daisy, it's not a play, you're just watching clothes'. But there were actually breasts in it, and it was celebrating women."