Fashion model Lowe is the eighth name to be revealed for 2016's 'Strictly Come Dancing' when it returns next month.

Fashion model Daisy Lowe has been unveiled as the latest celebrity to participate in the upcoming series of ‘Strictly Come Dancing’.

27 year old Lowe, who was discovered at the age of just 15 and launched her career in the modelling industry and the daughter of designer Pearl Lowe and rock star Gavin Rossdale, becomes the eighth name to be revealed for the fourteenth series of the BBC Saturday night favourite.

Reacting to her participation, Lowe told her fans on Wednesday (August 17th) she was “so looking forward to learning a new skill”, saying that it was “completely different” to the career she’s used to of “being on the catwalk and campaigns of major fashion brands”. 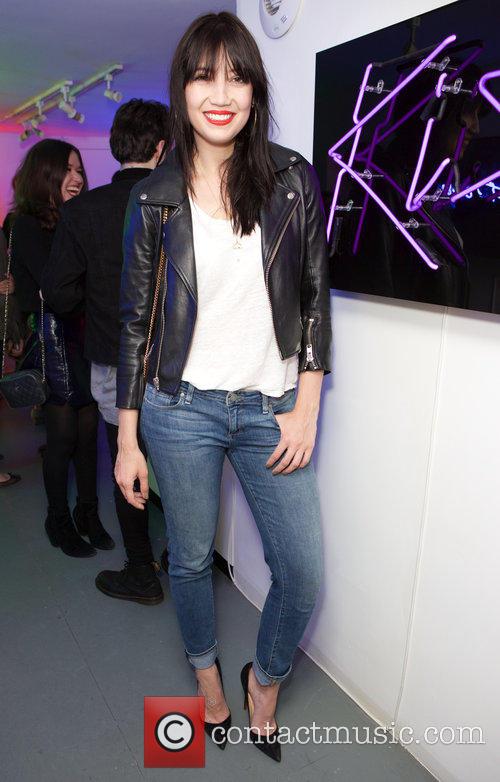 “My family and friends and I adore ‘Strictly’, so when the chance came up to take part I jumped at it,” she said. “I'm so excited! And terrified… I love dancing so much… But I've never done any ballroom dancing before this… I've always loved the show and I can't wait to be part of it.”

“I would love to make it into the final. My Grandma has watched every episode for the past 14 years and I know that if I get kicked out, she won't watch it!”

She has previously modelled for Chanel and Agent Provocateur, and appeared on catwalks from New York to Milan and London for Topshop and a galaxy of big-name designers.

Lowe – who is not a relation of ‘Strictly’s professional dancer Natalie Lowe! – will be joining the likes of politician Ed Balls, singer Will Young, presenters Laura Whitmore and Ore Oduba, radio host Melvin Odoom, former pop star Louise Redknapp and soap actor Danny Mac on the roster for the 2016 edition.

The launch show for the new series will happen on an as-yet-unconfirmed date in September. It is due to be the final series in which the ever-present judge Len Goodman will be participating, with the BBC so far refusing to name his successor.