Stephen Colbert mocked Daft Punk on 'The Colbert Report' after they cancelled their appearance in favour of the MTV Video Music Awards.

Daft Punk cancelled their appearance on The Colbert Report on Tuesday night, this was so they could make a surprise appearance at the MTV Video Music Awards. 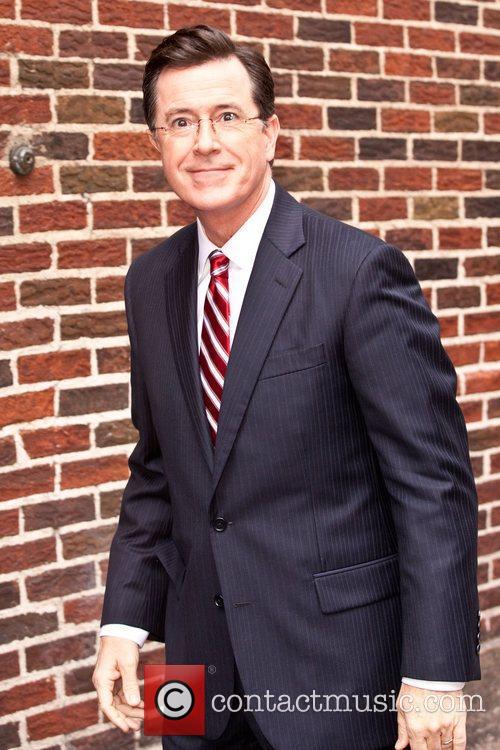 Stephen Colbert outside the Ed Sullivan Theater in New York, appearing for The Late Show With David Letterman.

Unfortunately for the group, Stephen Colbert did not take the slight kindly. The comedian started to make puns at the electronica group's expense, he claimed he'd been "daft punk'd" and referred to the duo as "the artists formerly booked as Daft Punk."

He then, bizarrely, wheeled out Ashton Kutcher, the creator of Punk'd. After a snappy exchange in which Kutcher told the talk show host he had been "f*cked". He complained about the short notice Daft Punk had given him before cancelling, despite having booked the group over a month ago, he said: "apparently, Daft Punk are going to make a surprise appearance on the MTV Video Music Awards, don't tell anyone, because fun fact: no one told me until two hours ago." It seemed Viacom, the company which owns both Comedy Central and MTV, permitted the group to change their plans.

He continued by feigning irritation at not being able to give his fans "the song of the summer of the century", by which he was referring to "Get Lucky". However, he decided his fans would not be left wanting. Colbert then proceeded to dance around the studio, encountering numerous celebrities including Hugh Laurie, Jeff Bridges, Jimmy Fallon and Bryan Cranston.

The reclusive French duo was to perform on The Colbert Report to promote their latest album Random Access Memories. In their stead, Robin Thicke performed 'Blurred Lines', a convenient feat considering his latest album of the same name has recently been released.

Daft Punk appearing in their 'disguises' on stage in Sydney. 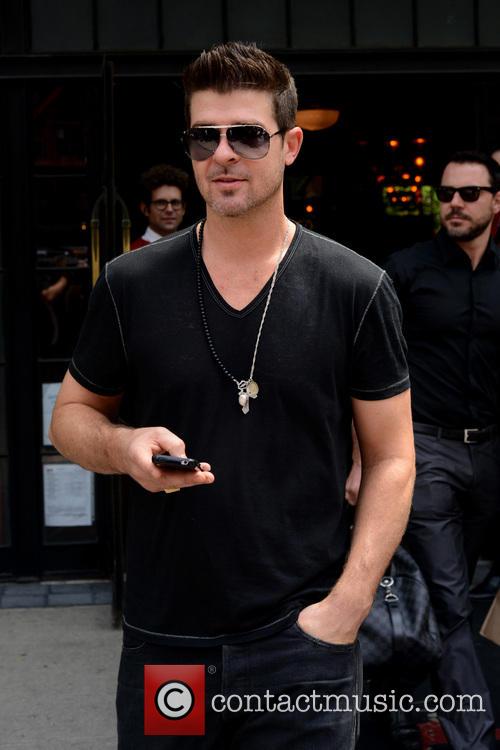 Robin Thicke, photographed leaving his Manhatton Hotel, performed instead of Daft Punk on The Colbert Report.