The mysterious, hit making duo known as Daft Punk might soon be lifting their helmets ever so slightly in a new documentary titled, ‘Daft Punk Unchained’. Made by BBC Worldwide France, the doc is the first to made about the group, who have been shrouded in secrecy since their formation in 1993. 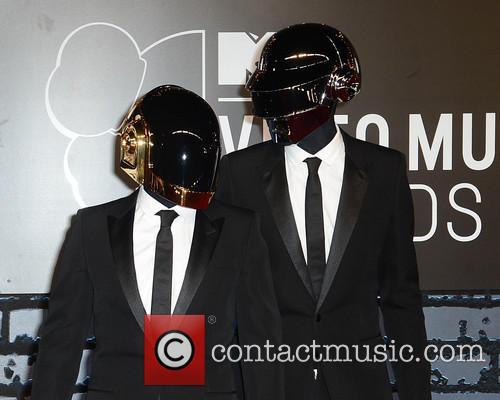 Directed by Hervé Martin Delpierre and co-written with Marina Rozenma, ‘Unchained’ will tell the story of Thomas Bangalter and Guy-Manuel de Homem-Christo, aka Daft Punk, using archival interview footage from 1996 to 2013 and "rare documents”.

Also interviewed will be a few of the duo’s famous friends, including Kanye West, Pharrell Williams, Nile Rodgers, Giorgio Moroder, Paul Williams and Todd Edwards, who have all collaborated musically with the pair. As well as 'Around the World’ video director Michel Gondry, Peter Lindbergh, Tony Gardner, Pedro Winter and DJ Pete Tong.

In a press release, the BBC writes that  'Daft Punk Unchained' will, "plunge us into the unique world of the Robots." Telling the story of the duo’s "quest for liberty and independence", from their mid-Nineties breakthrough to last year’s Grammy awards where they took home Album of the Year for Random Access Memories and Record of the Year for ‘Get Lucky’.

More: Pharrell Says He Could Never Rap Like Jay Z

The doc will also feature an original theme titled ‘Unchained Theme’ which has been composed and arranged by Joseph Trapanese, who worked with the group on their Tron: Legacy score. 'Daft Punk Unchained' will premiere June 24th at 8:50 p.m. on Canal+ in France, it will later be distributed internationally by BBC Worldwide.