Daft Punk went beyond sampling for 'Random Access Memories', by recreating sounds which appeared like they had been sampled. 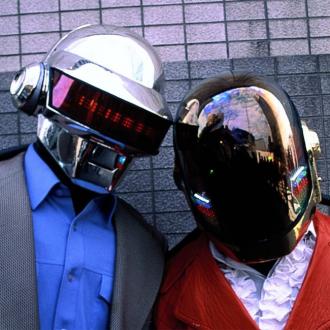 The French electro duo worked with a number of different stars to create their fourth album and, according to Animal Collective's Panda Bear, they tried to recreate the sounds of old instruments and materials rather than sample them.

Explaining the process of working with the band in Paris, he told The Creators Project: ''It's a huge honour for me, but to talk about it is still a little difficult.

''Instead of sampling an old piece of music it was like recording things in an old way to make something that sounds like it was sampling something old which, in turn, makes it sound new.

''It's repetitive like a sampler but it has these sonic imperfections too.

''It's wanting to remember something old that's good but has been forgotten in some way. It's a cool way to say thanks for the inspiration.''

Panda Bear also said he was worried about working with Daft Punk - Guy-Manuel de Homem-Christo and Tomas Bangalter - because they had a time limit of three days and he's not used to working at speed.

''They set up a bunch of microphones to see which one would sound best with my voice and then it was like, 'OK, do something good'. It was right at the last moment that we came up with something that we all liked.''

'Random Access Memories' is released at the end of May.