The robots are seeing an overwhelming response to their latest album throughout the globe.

To say that Random Access Memories, the fourth studio album from French electronic pioneers Daft Punk, is turning out to be the band's most successful release to date would be something of an understatement. Over the weekend the album has added at least two more titles to it's plethora of records, including fastest selling album of 2013 and most streamed album on Spotify.

Despite already spawning their most successful single to date, Guy-Manuel de Homem-Christo and Thomas Bangalter got to watch their album shift 165,000 copies in the United Kingdom over the course of last week, making it the fastest selling album of the year so far.

The album sits proudly atop the UK Album Chart despite new releases from The National, 30 Seconds To Mars, Texas and Demi Lovato, looking as though it will take some beating to make it's achievements look any less impressive. It isn't just the U.K. where the album has seen success though, scoring similar results in Australia; where it achieved platinum certification almost immediately thanks to strong pre-order sales and currently stands as the years most successful release down under. In America, the album has only had the weekend to perform in, but is already expected to become one of the most successful albums in the Billboard Album Charts this year.

The robots are seeing an overwhelming response to their latest album

Away from the charts, the band have lit up music streaming service Spotify too, with Random Access Memories becoming the most streamed album on the site in it's five year history. According to a statement from Spotify, who have yet to give out the exact figures, the album has smashed the previous record set by Mumford and Sons ' second album when it was released in October last year. Their first single 'Get Lucky' has apparently been streamed over 27 million times already, so that should give some kind of inkling as to what the overall figures say. 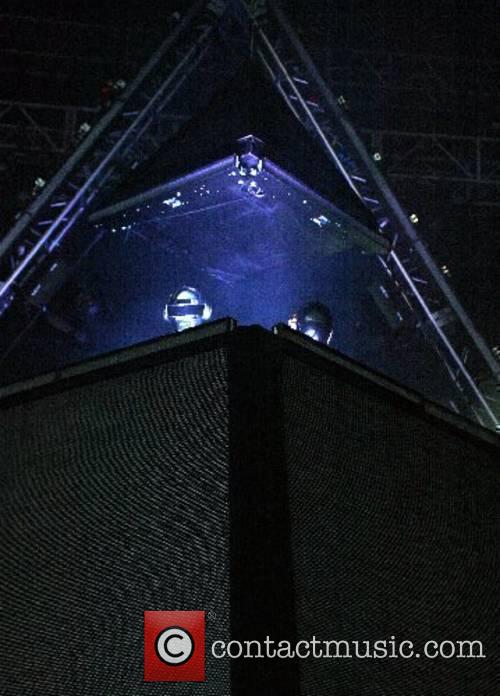 The group have scored number ones across the globe