It's time to get lucky Daft Punk fans because the French electronic duo have made their long-awaited new album, RAM (Random Access Memories), available to stream, for free, on the iTunes store right now! The album will officially be released on May 20, so there's more than enough time to try before you buy.

The band have been hard at work on their fourth proper album since working on the soundtrack for Tron: Legacy in 2010 and have recently been teasing fans with glimpses of the new release, beginning with a short commercial promoting the album during an airing of Saturday Night Live earlier this year. Following this, the band performed a number of live shows, including a headlining spot at Coachella, and released the first single from the album, 'Get Lucky', featuring Pharrell Williams and Nile Rogers. But now is the time we've all been waiting for, time to listen to the album in full! 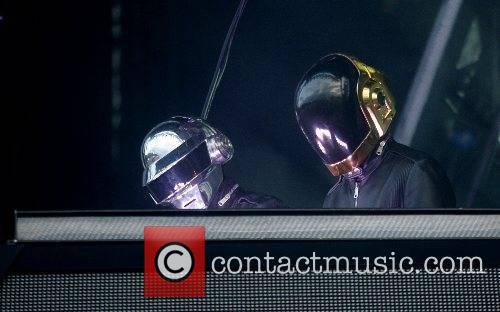 Daft Punk are back!

The new album looks to incorporate more outside help than ever before on a Daft Punk release, with the likes of Julian Casablancas, Animal Collective's Panda Bear, Todd Edwards, DJ Falcon, Chilly Gonzales, Paul Williams and Giorgio Moroder joining Williams and Rogers on the record. Despite showing some of their songs off during Coachella, the band have not said whether they have any intentions to tour on the back of the album.

'Get Lucky' is already the band's most successful single in the UK Charts, staying at the number one spot for a third successive week this weekend. Given the anticipation around RAM, it is likely that it'll perform just as well, if not better, than the single.