Daft Punk first bonded over their love of Bruce Springsteen's 'Born in the U.S.A.'. 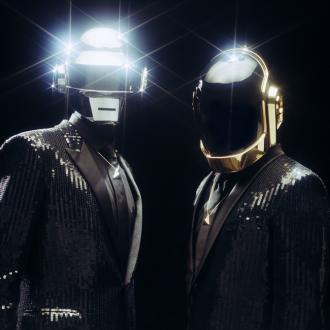 Daft Punk first bonded over their love of Bruce Springsteen.

The 'Get Lucky' band - Guy-Manuel de Homem-Christo and Thomas Bangalter - saw 'The Boss' on the same tour in 1985, and although they didn't know each other at the time it was a pivotal point for them both.

Thomas told NME magazine: ''Before I knew Guy-Man we both went to the Born in the USA tour. We met each other a few years later and realised we were both there. I have very vivid memories of that show, mostly because he started his set with 'Born in the USA'.

''That was his biggest track and I thought he was so self-confident, so bold. But the show was super strong, he didn't go downhill. It seemed like such a cool move.''

The disco loving duo also bonded over their mutual love of Michael Jackson, with Thomas picking 'Thriller' as the record which changed his life.

He added: ''Everything about it - the music video, the packaging, the whole thing. I remember having the video cassette with the music video, the Motown anniversary where he does the moonwalk, and the documentary by Michael Landis where you see Michael Jackson in make-up, it's my favourite.''