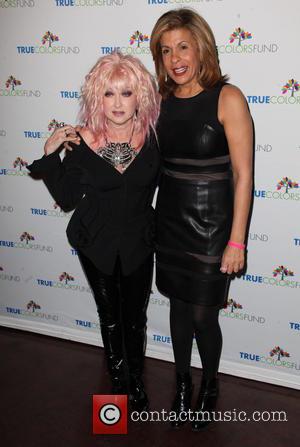 The stage show, which won six Tony awards when it opened on Broadway in 2013, will be entertaining musical lovers on both sides of the Atlantic when the London version begins previews at the Adelphi Theatre in August (15).

Lauper's collaborator, director and choreographer Jerry Mitchell says, "I am delighted to see this big-spirited musical arrive in London. Kinky Boots is very close to my heart, and I am really looking forward to staging it here with a British cast."

The cast for the musical, based on the 2005 film of the same name, has yet to be announced.

Lauper won a Tony award for creating the music and lyrics to the production.