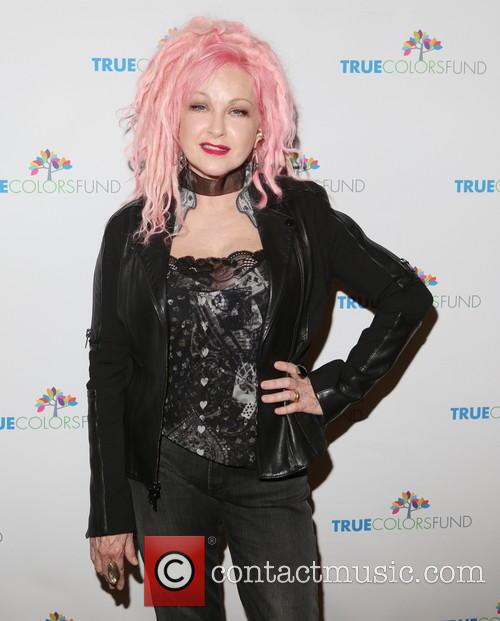 The 'Girls Just Want to Have Fun' hitmaker will be composing the music for her forthcoming musical 'Working Girl', based on the 1988 film of the same name which starred Melanie Griffith as a Wall Street professional determined to rise over a patriarchal business.

'I love the film, and its story about a woman's very unconventional road to success in the '80s is something I know a lot about', Cyndi said in a statement obtained by New York Times. 'Women are still fighting for fundamental rights and equal pay!'

The book for the musical, which will no doubt catapult straight to Broadway, is being written by 'New Girl' writer and producer Kim Rosenstock (also the writer of the plays 'Tigers Be Still' and 'Fly By Night'). No members of the cast have as yet been announced. 'The first draft of the book by Kim is expected soon, at which time Cyndi will begin working on the original score', producers have said.

Directed by Mike Nichols, 'Working Girl' won the Oscar for Best Original Song for the track 'Let the River Run' by Carly Simon. It was also nominated for five other Academy Awards including Best Picture.

Cyndi Lauper became the first solo female to land a Tony Award for Best Score for her work on 'Kinky Boots' (based on the 2005 film of the same name), which is currently playing on Broadway with Brendon Urie of Panic At The Disco in the role of leading character Charlie Price. Both Cyndi and Panic At The Disco have contributed to the new musical production of 'SpongeBob SquarePants'.