Cyndi Lauper Organised A Special Trip To Italy For Her Mother's Upcoming 85th Birthday So She Could Finally Meet Her Italian Relatives. 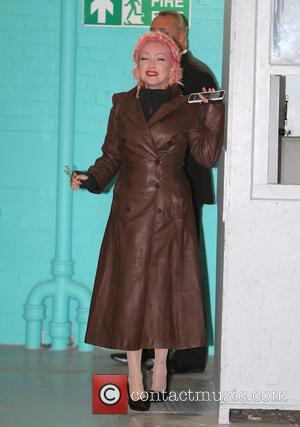 Catrine marks the milestone next week (beg14Sep15), so Lauper decided to book flights to her mum's native Sicily and embark on an adventure to track down a group of her long lost family members.

The True Colors hitmaker tells British TV show This Morning, "I went from here (London) to Sicily, I took my mom to Sicily to meet the family because we've never met the family... Not the whole family just one part (of the family)... We didn't look for the other ones... She's going to be 85 in a week so that was her birthday present... I think Sicily was enough for her, she (has now gone) back (to New York)."