The 80’s pop icon received her star for her work on musical ‘Kinky Boots’.

Cyndi Lauper has been honoured with a star on the Hollywood Walk Of Fame for her work on musical Kinky Boots. The 62-year-old singer was presented with her star by friend Sharon Osbourne, who paid tribute to Lauper’s decades long music career, as well as praising her work as an LGBT activist. 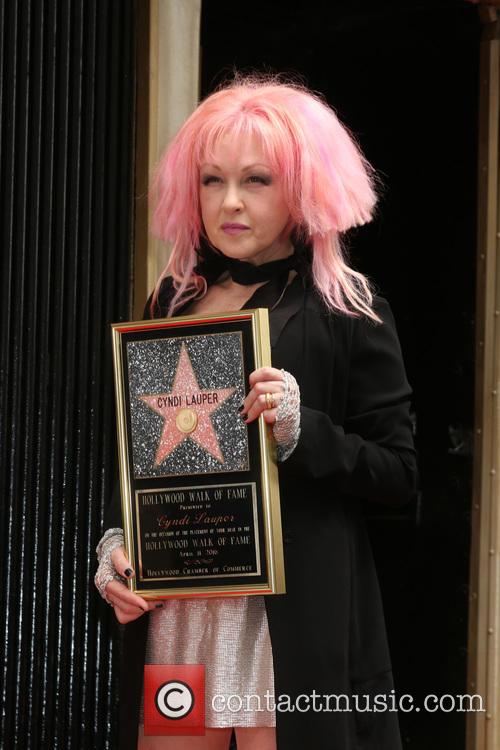 "She's had an endless career which spans decades," Osbourne said. "She's a prolific songwriter. She's an incredible performer. Nobody sounds like Cyndi Lauper. She's instantly recognisable. "She's a true original. She's been original from the day she was born with her style.”

Lauper was honoured for her work on the score of Broadway musical Kinky Boots, which has received a Tony Award and a Grammy. Speaking about the musical Lauper said: "One time I closed my eyes and actually asked my guardian angel, am I going to do okay?” 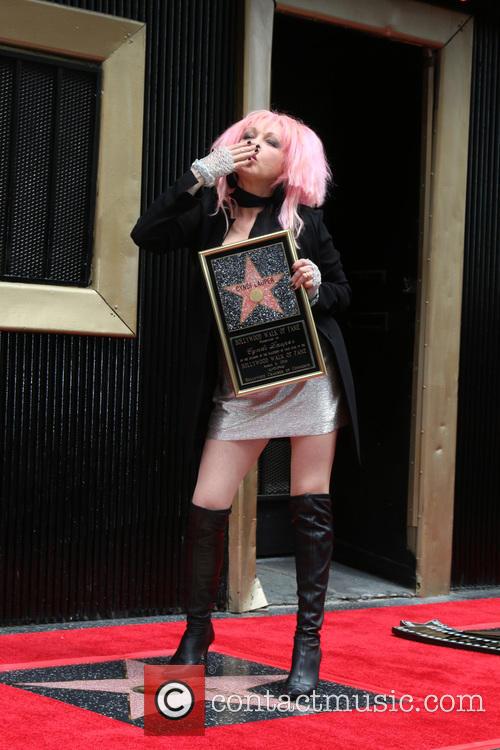 “He just showed me an image of me as Dorothy with the lion, the scarecrow and the tin man and I thought, okay I can do this.” Thanks to Kinky Boots, in 2013 Lauper became the first woman in Tony Awards history to win the award for Best Original Score by herself.

More: Petition Calls For Donald Trump's Walk Of Fame Star To Be Removed

Lauper was awarded her star alongside Kinky Boots writer Harvey Fierstein, who referred to Donald Trump's frequently vandalised star during his speech. "To think that Donald Trump has one of these,” Fierstein said. “Listen, there's a very thin line between fame and infamy. I know which side I belong on. We're going to get a map for Donald."