Kinky Boots is heading to the UK.

Cyndi Lauper's Kinky Boots, the Tony award-winning musical about a Midlands shoe factory, is to open in the West End with a British cast. The show was a major hit on Broadway and continues to run at the Al Hirschfeld theatre where it has notched up over 700 performances. 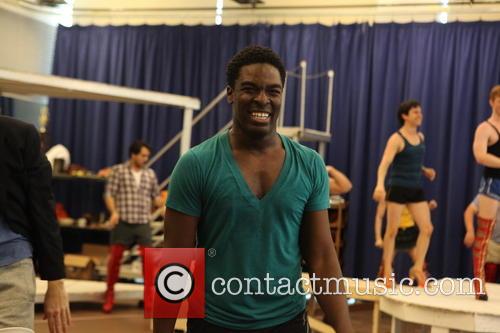 Kinky Boots was a phenomonal success on Broadway

The musical, which retains the Northampton setting from the film on which it is based, won six gongs at the Tony awards in 2013 including best musical, best original score and best choreography for Jerry Mitchell. It tells the story of a young man who takes over his father's failing shoe business before finding inspiration in the form of a cabaret star - played in the movie by Chiwetel Ejiofor.

Producers Daryl Roth and Hal Luftig said: "We are thrilled and deeply honoured to be bringing Kinky Boots back home to British shores."

"The show is big-hearted and filled with joy and we trust that it will be warmly embraced by audiences in the UK."

Previews for Kinky Boots in the West End begin at the Adelphi theatre on August 21. The musical officially opens on September 15. The Adelphi recently announced the closure of Gemma Arteton's musical Made in Dagenham. The musical garnered mainly positive reviews it suffered from poor ticket sales.

"I'm immensely proud of Made in Dagenham and of everyone involved in bringing it to the stage," said producer Rebecca Quigley, from Stage Entertainment.

"Brand new, British musicals are few and far between - particularly those that can make you laugh and move you in equal measure.

"Our writers, creative team and company have been particularly passionate about telling this true story of a remarkable event in our history with the wit, heart and creativity it deserves. They've achieved that and so much more."