Cute Is What We Aim For - Curse Of Curves Video 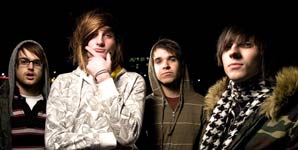 Artist: Cute Is What We Aim For
Song title: Curse Of Curves

Cute Is What We Aim For
Curse Of Curves
Video

Cute Is What We Aim For release ‘Curse Of Curves’ on April 30 through Fueled By Ramen. The single is taken from their debut album ‘The Same Old Blood Rush With A New Touch’ which was released in September 2006.

‘The Same Old Blood Rush With A New Touch’, entered the record books following its sensational first week of sales in America. It is officially the fastest selling release in the 10-year history of the Fueled By Ramen label, home to such heavyweights as Fall Out Boy, Panic! At The Disco, The Academy Is…and many others.

Cute Is What We Aim For came together in January 2005, driven by the four members’ desire to cast their own upbeat spin onto modern pop. The band’s bedroom demo recordings were posted at a variety of online sites and quickly lit up broadband connections coast-to-coast, earning the young combo widespread national exposure within months of their formation. 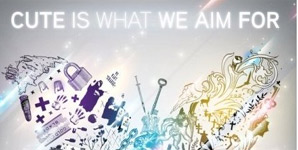 Cute Is What We Aim For - Rotation

Cute Is What We Aim For - Curse Of Curves Video 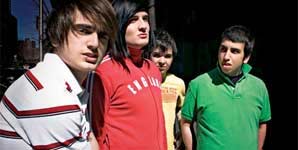 Cute Is What We Aim For - There's A Class For This